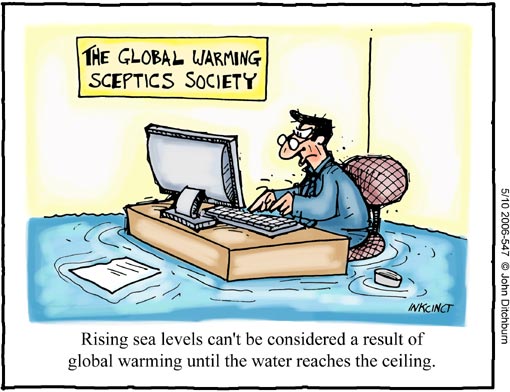 Stage 2: “Okay maybe it does exist, but it’s just part of the natural cycle of the earth.”

Stage 3: “Okay, humans may be causing climate change, but the impacts are too minor and distant to be concerned. It’ll just be a few dead frogs.”

Stage 5: “Ok so we have a problem, now maybe we can get on and make some money out of it.”

The cost of climate change impacts (e.g. extreme weather events) are significant and becoming more so. Maybe this is actually an opportunity to develop new industries around climate mitigation and adaptation. This was the topic of an interesting discussion following a presentation given by Chris Rapley[AL1] , Professor of Climate Science at University College London, and Barry Brook, Professor and Director of Climate Change Research University of Adelaide (check out his blog[AL2] ) during a public forum on ‘Beyond the Carbon Tax: Science, risk and Reality’ hosted by the Committee for Economic Development of Australia[AL3] , Adelaide, November 2012.

* Copyright information on the image above can be found here.