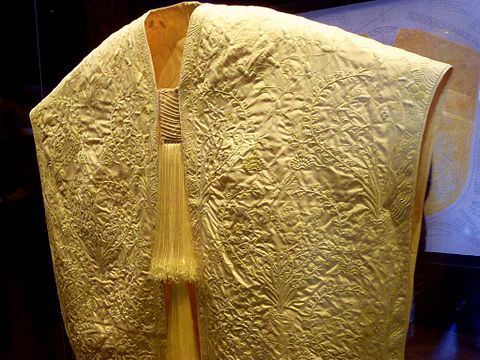 We’ve already talked about some of the fascinating creatures recently found in caves. Now researchers from the University of Navarra have found 3 distinct species of prehistoric critters in Spain. The tiny insect-like creatures, found in the isolated Maestrazgo caves in the Teruel region, are species of springtails, which are amongst the most ancient and widespread animals on the planet. Like insects, they have six legs, but are small, more primitive, and lack wings. They usually have a furca, or a tail used to  spring away from danger, hence the name “springtails.”

Another creepy discovery, also found in a cave, is a hook-legged spider, found recently in Oregon. Where the springtails are tiny, this spider is quite large – with their legs outstretched, these creatures can measure up to 8 cm (3 inches) long.

Getting away from caves, but staying with spiders, I have to mention one of my favourites: the golden orb spiders. They’re widespread in warmer regions, and come in many different sizes and shapes. What makes them so impressive (aside from the ones that are about the size of a human hand) is their silk: these spiders weave webs that look like gold. I can testify to that, as I had one in my front garden for about a year: when the sun struck the web, it shone like threads of sunlight.

The silk from these little (or sometimes large) beauties is so stunning that it has been used to weave cloth: it took a year and more than 1 million Madagascan spiders to weave a piece of cloth measuring 11 feet by 4 feet, while this cape took 8 years. The spiders are harvested from the forest, fitted into the silking machine, and apparently sit quite comfortably while the machine winds out the silk, after which the spiders are released back into the forest.

According to the Victoria and Albert Museum in London, the earliest recorded use of spider silk in making clothing was in 1709, when a Frenchman purportedly made gloves, stockings, and a full suit of clothes for King Louis XIV.

You can see a detail of the cape here, along with a video showing the process of extracting the silk and weaving and making the cape and stole.