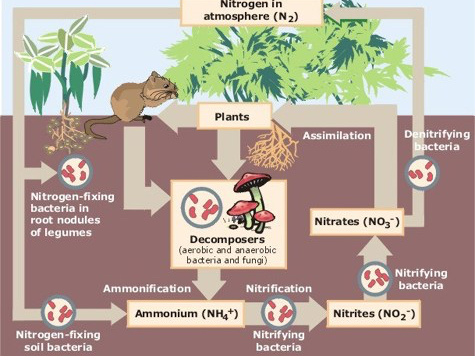 An old ad for motor oil had the tagline “Oils ain’t oils”. As any horticulturalist or botanist can tell you, soils ain’t soils, and this has implications for any efforts to revegetate.

For starters, there’s the friability (ease of crumbling) of the soil – this affects the ability of the soil to absorb and retain water. Soil that is heavily compacted (and hence not very friable) will not absorb the water, which will merely run over the surface, often causing channels which exacerbate the problem.

Some soils which are very friable, such as sandy soils, have a similar problem – they’re hydrophobic. This is less dramatic than childhood memories of stories like Old Yeller might make you think: the soils don’t foam at the mouth and attack  people, they simply reject water. As Don Burke points out here, this is often because the soil granules become coated with a waxy substance, so there is no way for the water to enter the individual soil granules.

Soils can become hydrophobic, too: hydrocarbon residue from burnt organic material after a bushfire can soak into the soil, so there are no pores in the soil available for the water to soak into.

Then there’s the chemical components of the soil – in order for plants to grow and make use of air, sunlight, and water, there must be a variety of chemicals for them to ingest. And given that different plants require different soil compositions, including chemical ratios, friability, and rainfall levels, there’s plenty of variables to consider when attempting to revegetate an area, at least if you want to succeed.

But the magic really starts once you get soil and water and various organic materials together. Soils, as I mentioned at the start, ain’t just soils. Soil is packed full of micro- and macro-organisms that perform a variety of functions, ranging from breaking down organic matter to make nutrients available for plants, to maintaining and improving the structure of the soil (bioturbation), to preventing leaching by storing nutrients in their bodies.

There’s a fairly thorough description here of all the magic that goes on beneath the soil, including a list of the varieties of soil life, but suffice to say that without these organisms working away, life on earth would soon disappear.

It’s worth noting, too, that the biodiversity beneath the soil is a large proportion of the total biodiversity in the world. So as this chapter from the University of Ontario notes, since global climate change will also affect the soil composition and biodiversity, this will in turn affect terrestrial biodiversity.

So if we want to be successful in revegetation efforts, rather than simply plunking a bunch of trees in and hoping for the best, we need to consider all of these variables when deciding what to plant and how to manage it.

And just so I don’t disappoint all the fans of the eponymous Australian band, here’s Magic Dirt from Youtube.