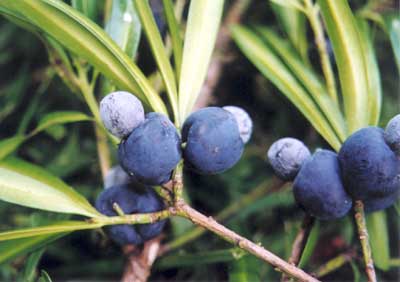 Human-induced climate change is now affecting the evolution of all species worldwide. We are responsible – one species among millions – for the 6th mass extinction event to diminish life on Earth (c. 3.8 billion years).

Our research into the evolutionary processes of the recent past [1,2] can help to predict the shift in species’ range and demographic response to future climate change [3,4], which can thereby provide a way of preserving the natural demographic response of species despite the fact that their in an artificial (omnipresent) environment.

Adaption and possible speciation of life due to human activity and anthropogenic climate change may lessen a species’ ability to respond to the natural cyclic climate changes of the future. Ecological response from recent climate change is already apparent [5] and poses a significant risk to biodiversity and the natural evolutionary process (i.e. evolution and adaption to an environment free from human disturbance).

Life has the capacity to survive natural climate fluctuations yet the current mess of human land-use has interfered with this endurance. How life will respond to rapid future climate change in the context of increasing human land-use remains to be seen.

Using predictive research, we may be able to amend localised extinction trends and reinforce the natural constitution of species – developed over millennia – to survive the environmental extremes of future anthropogenic climate change, especially in light of the magnitude of projected future land-use [6].

The rapid climate fluctuations of the Pleistocene geological period (i.e. 2,588,000 to 11,700 years ago) have had a considerable impact on intraspecific variation of many species, and have left distinct genetic signatures, including both neutral and functional genetic mutations [7,8]. Used together, molecular inference, fossil observation and palaeodistribution modelling (i.e. projecting a species’ climatic envelope onto past climate constructions) provide reliable estimates of past abundance [1,2,3] in naturally occurring populations of the rainforest conifer, Podocarpus elatus.

The species is associated with dry rainforest, lowland/highland subtropical rainforests, and gallery and littoral rainforests. Its range covers more than 20 degrees of latitude and close to a kilometre in altitude, which provides a broad ecological envelope to show climatic effects for predicting change in the distribution of genetic diversity and demographic response to future climate change.

We can combine current abundance estimates with post-glacial demographic trends to interpret future climate envelope models, and determine the likely future distribution of genetic diversity [3,4]. Hence, considering the demographic response to climate change expected this century, allows for the forecasting of future threats from anthropogenic climate change, which may help us maintain evolutionary processes active among natural populations.

The supplement of prior knowledge, using molecular and climate inference to conservation planning, may improve the integration of the natural and artificial landscape to allow unimpeded range shift in response to rapid climate change. Also, we may assist in the migration of rich genetic individuals (i.e. with increased adaptive potential) at risk of localised extinction into areas of high climatic suitability (e.g. seed collection and cultivation, seedling transplantation along corridors between fragmented habitats).

Northern hemisphere studies of fossil pollen have revealed rapid migration rates (100-1000 m/yr) in temperate tree species in response to post-glacial climatic warming [9]. However, the scarcity of Australian fossil deposits has made detailed documentation of analogous changes in Australia difficult. So climate envelope modelling is a useful alternative in predicting the climate-induced turnover of habitats, and, when combined in a multi-disciplinary analysis with the available fossil record and molecular observation/inference, it forms a robust method to ‘evolutionary conservation’ studies [3,4].

[2] Mellick R, Lowe A, Rossetto M (2011) Consequences of long- and short-term fragmentation on the genetic diversity and differentiation of a late successional rainforest conifer. Australian Journal of Botany 59, 351-362.