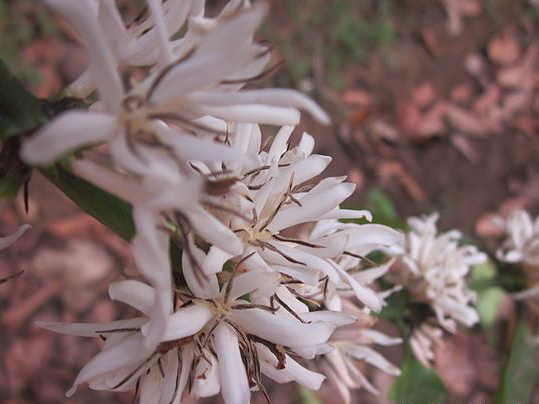 Think climate change will just mean more days lazing at the beach? Think again – some of your favourite things may suffer from the effects of climate change. Indeed, some of them are already suffering, according to this article.

Most of us know by now that climate change will mean a decrease in ocean salinity and a rise in sea level, as well as more frequent and more severe extreme weather events, but how much do you know of the other effects?

Climate change is already affecting the quality of the hops and barley needed for beer: if you drink pilsener lager you may already have noticed a decrease in yield and quantity. Problems loom in the next 20-40 years for the cocoa industry, as land suitable for the plants will gradually become too hot, inhibiting the development of pods. So you can expect chocolate that’s more expensive and of lower quality.

For those who can’t get by without their morning coffee, there’s more bad news. The high-altitude Arabica strain, which makes the best coffee, is being devastated by coffee rust due to heavy rainfall. The commercially grown Arabica strain is not very genetically diverse, which makes it particularly vulnerable, especially since high-altitude plants have limited options in the face of climate change, as discussed in this previous post and the first issue of the Biodiversity Brief.

Wine lovers too will have to adapt: wines that have grown in the same region for generations will change in taste and aroma (not to mention the increased potential for spoilage). This is especially relevant to us, as Australia is the world’s 4th largest exporter of wine (we’re not missing out, though: we drink 40% of what we produce). Given that the wine industry is such a large part of the Australian economy, it would be good to see Australian governments taking action on climate change.

There’s more bad news: chillies, maple syrup, and surfing, are among the things that are showing increasing evidence of climate change. So get used to a world without good coffee, wine, beer, and chocolate, or suggest to your local politicians that they might want to take some action.