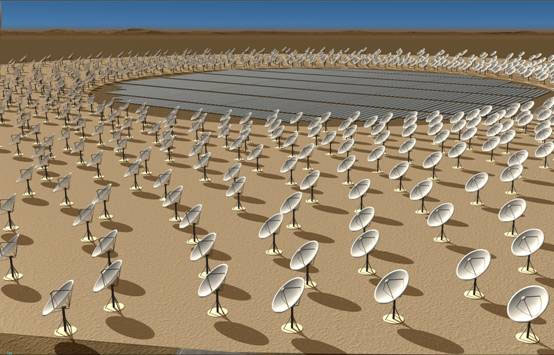 Over the past few weeks there has been much political ado about the withholding of funding for Australia’s science infrastructure program. But now the funding is secure does anyone really understand what this research infrastructure is and why it is so important to us?

The National Research Collaborative Research Infrastructure Strategy, or NCRIS, has been the topic of much discussion recently due to the federal government using it as a bargaining chip to encourage the passing of its controversial university deregulation legislation.

Whilst a small group of introverted geeks might have seemed like a soft target for Education Minister, Christopher Pyne. Few foresaw the public outcry and backlash from this political strong arm tactic.

Some pretty colourful language (something Mr Pyne himself is apparently familiar with) was used to express opinion about the Governments political manoeuvrings, being called amongst other things ‘blackmail’, ‘extortion’, ‘childish’, ‘dumb’ and ‘something a grown up country doesn’t do’. The printed media’s cartoonists also had a field day (see below).

So why the strong backlash? Well it turns out that the ‘few’ geeky scientists are actually 1,700 highly skilled personnel from 27 facilities spread across the country, supporting the work of 35,000 researchers and producing products used by millions more stakeholders in Australia and overseas. These experts are providing critical underpinning work to support the scientific and technical capability of the country, and also forming the basis of future industries – something the Australian Government is desperate to encourage.

The NCRIS funding ($150 Million for the next financial year) is very small (in spite of the Treasurers comments) compared to some recent sector spending announcements and bails outs, including the support package handed out to the vanishing Australian car manufacturing industry ($1.9 Billion). And is an absolute drop in the ocean compared to to the broader infrastructure budget ($125 Billion), or the expected cost of  rebuilding Australia’s nuclear submarine fleet (up to $60 Billion, which may now be purchased from overseas).

So just what is the science infrastructure program anyway?

In addition to large equipment and in some cases building costs, some components of science infrastructure are fundamentally different from our traditional view of general infrastructure, which includes roads or waste treatment. It is also important that science infrastructure provide a way of linking scientists across a range of disciplines and encouraging them to share information and ideas to provide the best outcome. Science infrastructure underpins research much as roads underpin transport, and science is improved by this investment.

The original science infrastructure program was conceived by the previous Liberal National Party government under Prime Minister John Howard. After broad national and international consultation on which areas to invest in, NCRIS  was announced in 2004 by then Minister for Education, Science and Training, Julie Bishop.

This was the start of a program that strategically invested in research infrastructure in a coordinated way across the nation, and has continued in a piecemeal way to date. The program was appropriately placed with the industry and innovation portfolio where it remained until being recently shifted into the Department of Education. In all approximately A$2.5 billion has been invested over the last 10 years in national research infrastructure across 27 facilities.

And tell me again why the NCRIS facilities so important?

One of the things that shocked us most about the NCRIS debate is the apparent ignorance of what the NCRIS facilities are and do. We have heard a bit about microscopes, telescopes, marine observation systems and synchrotrons (which of course we all know about!). But the key information on what the facilities do and why it is important to keep investing in them has been lacking (although see article on terrestrial ecosystems).

This lack of understanding is probably one of the key reasons that these NCRIS facilities have become a political target, and as pointed out by Catherine Livingstone of the Business Council of Australia it is a shameful situation, for which we are all to blame.

But communicating what these facilities do requires a rather specialist understanding, and is part of the broader problem of how to effectively communicate the importance of science to a general audience, particularly one with an apparent declining level of scientific literacy.

The ‘Dummies Guide’ to NCRIS facilities

So here goes a general language guide to the NCRIS facilities (for more detail see the NCRIS website) and some high level reasons why NCRIS is important to Australia’s current and future society. The infrastructure can be grouped into seven categories, as follows:

1. From the God particle to spiral galaxies

Physical scientists use a range of techniques to understanding how subatomic particles, molecules, materials, planets and galaxies behave and interact. This knowledge forms our basic understanding of how the world around us works and lays down the basic principles for new manufacturing industries based on material, polymer, semiconductor and nano science.

Such work also underpins breakthrough developments in sensor, pharmaceutical, medical device, metallurgy, engineering, immunology, energy and electronic industries (all of which may provide lucrative returns on the Australian investment). The NCRIS infrastructure includes:

2. Reading the building blocks of life

Molecular biosciences have seen an unbelievably rapid development over the last decade, and largely driven by major life science investments such as the human genome project.

Being able to view and analyse whole genomes, thousands of expressed genes, biomolecules such as proteins, cells and tissues is driving innovation and underpinning breakthroughs in the health, personal medicine, pharmaceutical, immunology, disease control and detection, agriculture, plant and animal breeding and sensing industries. The NCRIS infrastructure includes:

In the age of Big Data we need to be able to store, analyse and exchange massive volumes of data, particularly the type generated by large physical and bioscience infrastructure (e.g. geosciences, radio astronomy and genomics).

This type of infrastructure supports our forecasting, management and mitigation of the weather, climate change impacts, disease outbreaks, pest and weed incursions, wild fires, and the sustainable use of our natural resources. The NCRIS infrastructure includes:

Understanding our planet and the species we co-inhabit it with, is fundamental to managing industries that rely on these earth and natural resources (as well as life as we know it!). Through this knowledge we are also able to mitigate and adapt our impact on these systems to sustain long-term ecosystem and planetary health.

5. Feeding and biosecuring the Lucky Country

Australian agriculture has particular challenges, including climatic extremes and unpredictability, floods and droughts, together with poor soils and salinity. Developing the next generation of crops that can thrive under Australian conditions is one of the key ways to help achieve food security in the future.

In addition, the relative isolation of the Australian continent over geological timescales makes the country particularly susceptible to disease, pest and weed incursions. All of which also have a huge impact on our managed and natural systems, human health and economic productivity.

Developing knowledge in these areas increases agricultural outputs and decreases the human and economic impacts of disease, pests and weeds. The NCRIS infrastructure includes:

6. It’s all about us darling – human health

In an age where personalized medicine is the expectation, the ability to develop new disease cures, analyse epidemiological trends, securely share health information and increase the translation of health science into health praxis and clinical application is critical.

7. Designing and powering societies of the future

By any measure, the NCRIS infrastructure program has been incredibly successful, and has meant that Australian science is now leading the world in several of its target areas. The infrastructure investment has also leveraged massive co-investment and now supports cutting edge research activity the impact and outcomes of which will be seen for decades.

So now that the short term future of NCRIS is secure (at least for the next year) – what next? Professor Ian Chubb has had his contract renewed as Chief Scientist until the end of the year to allow him to complete the (Research Infrastructure Review) together with businessman Phillip Clark.

The review seeks to properly understand and gain support for allocating the investment required to appropriately support this critical national science infrastructure. Some of the current NCRIS infrastructure was designed as a one off investment and much is currently being funded at caretaker levels which restrict innovation and research. There will need to be a thorough analysis of what the infrastructure requirements are for the country for the next 10 years, which may require changing current priorities and a significant increase in funding in some areas.

Perhaps most encouraging has been the public outcry against the defunding and destruction of swathes of Australia’s research and science facilities. This shows that at our core, Australian’s understand the need to invest in science and infrastructure to support our quality of life, and to leave a ‘clever country’ for our children and grandchildren.