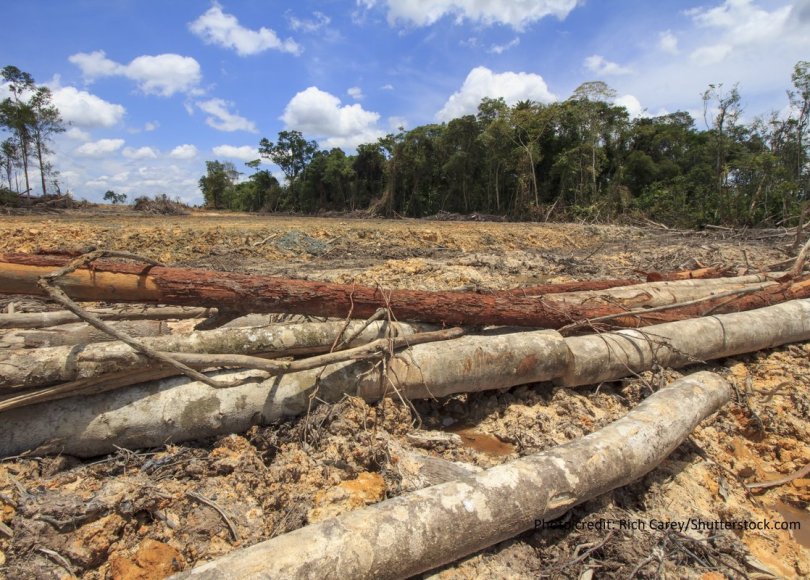 There were alot acronyms flying around at the COP22 Climate Change Conference in Marrakech, so I thought I’d delve a bit deeper into a couple of key ones – REDD+ and GCF.

REDD+ has been developed to provide a global framework to tackle deforestation and forest degradation, which are the second leading causes of global warming, and responsible for about 15% of global greenhouse gas emissions. And for some countries, such as Brazil and Indonesia, deforestation and forest degradation are by far the main source of national greenhouse gas emissions.

Forests clearly have a disproportionate role in the global terrestrial carbon budget, and hence their focus for climate action. Any reduction in the rate of deforestation and forest degradation avoids a significant source of carbon emissions and can also help to reduce other environmental and social problems associated with deforestation, such as conserving water resources and preventing flooding, reducing run-off, controlling soil erosion, reducing river siltation, protecting fisheries and investments in hydropower facilities, preserving biodiversity and preserving cultures and traditions.

So how does REDD+ actually help stop deforestation?

The REDD+ framework is complex.  But basically for each region or country a baseline level of carbon emissions is set and then countries are rewarded financially to reduce carbon emissions relative to that baseline by stopping further forest removal, promoting  sustainable forest management and reforestation.

REDD+ was originally adopted by the United Nations Framework Convention on Climate Change (UNFCCC) at the 2007 COP13 meeting in Bali, and was referenced in decision 1/CP.13, the “Bali Action Plan“. The UNFCC COP21 meeting last year produced the Paris Accord, which highlights REDD+ as a key mechanism to help keep global warming well under 2oC, compared to preindustrial levels, and ideally limited to not more than 1.5oC. The Paris Accord went into effect on 4th November 2016 and is now ratified by 109 countries.

Yes but where does the money come from?

An international Climate Fund has been established into which developed countries contribute, and from which payments are made for projects that fit the REDD+ criteria. Its difficult to get an exact figure on how much money has been contributed to the climate fund so far, but it is substantial. REDD+ activities are now recipients of major aid funding from developed countries, particularly Norway, Germany and many other European countries.

The World Bank created the first carbon fund and is trustee of 15 carbon initiatives. The first 10 carbon funds were capitalized at $2.3 billion and have supported more than 145 active projects in 75 client countries. Since 2000, these initiatives have reduced the equivalent of 187 million tons of carbon dioxide emissions. But many other initiatives have been established, for example the Amazon Fund, which has received over $1 Billion in funding from Norway, Germany and Petrobas.

So does REDD+ actually work?

In many cases yes. I went to a talk at CoP22 by the Institute for the Conservation and Sustainable Development of the Amazon (IDESAM). This initiative aims to promote the sustainable management of the Amazon, and has received major support from the Amazon Fund. These activities in the Amazon are clearly helping make a big difference and are supported by the Brazilian and Amazonian governments, academics and rainforest communities. Where the implementation of REDD+ has helped slow deforestation and provided additional and long lasting benefits for forest dwelling communities.

However REDD+ also has problems. A recent paper in the journal World Development argues, perhaps a little over enthusiastically, but then thats the way to get papers published, that REDD is, “the latest in a long row of conservation fads that have invoked great enthusiasm within the forestry-development sector, only to be dubbed a failure and abandoned at a later point in time”. The authors argue that REDD has failed to take off and is slower and more expensive than anticipated. Perhaps more problematic, there is still neither a market-based nor fund-based financial framework for REDD and the authors claim that few REDD projects have managed to sell carbon credits.

Other problems with REDD+ implementation relate to secure land tenure (i.e. who owns, or think they own, the land where projects are implemented). Disputes over land tenure  drive deforestation and forest fires in many tropical regions, since the first player to exploit forests gets the rewards at the expenses of other claimants.

And so onto the GCF…

The GCF – Green Climate Fund – is the latest funding initiative aimed to help reduce deforestation and association carbon emissions. The fund “aims to support a paradigm shift in the global response to climate change, and allocates resources to low-emission and climate-resilient projects and programmes in developing countries”. The initiative has big goals and expectations. The COP21 Paris agreement included a pledge to increase annual payments to $100 billion from wealthier countries to the international Green Climate Fund, to include a combination of public and private funds.

One of the key differences with GCF, compared to previous carbon funds, is that it is more actively engaging with the financial and private sectors, rather than just relying on aid funding from developed countries. The focus of GCF is also on technologies that can help reduce emissions and improve adaptation, not just stopping deforestation.

Initial resource mobilization under the GCF has raised more than USD 10 billion and is just getting started. Already 27 projects have been approved and funding of $1.2B has started to flow . These projects are set to avoid emissions of 136 M tonnes CO2equivalent (the international metric of carbon emissions) and support 10.5M people to reduce emissions.

The longer term outlook for REDD+ as a mechanism to help reduce deforestation is good. Although longer term financing and support for REDD+ projects remains a key issue to resolve if progress is to be maintained and not reversed in the future.

Also REDD+ is only one part of a low carbon future. To keep global temperatures to under 2oC, and ideally not more than 1.5oC, will require a focus on reducing carbon emissions and increasing sinks. Conserving forests and promoting forest restoration are important contributions, but these global targets cannot be achieved without significant progress in the clean energy and transport sectors.