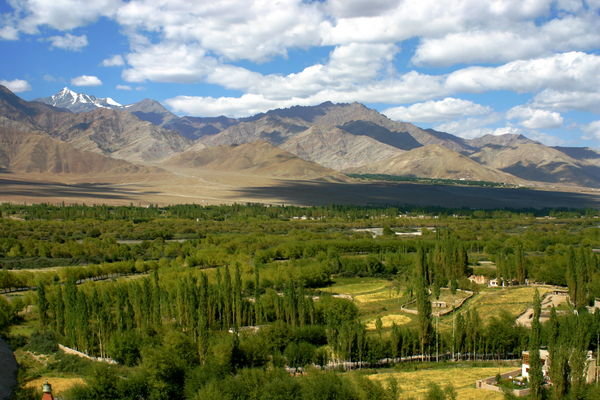 The fertile crescent is the birth place of modern agriculture,  where humans changed from shifting nomads to become settled farmers. But in a world where biodiversity is being lost, how do we conserve the future adaptability of crops from this region, and others, to ensure we can keep feeding the world?

Feeding the world is not an easy business. A growing global population and environmental problems are challenging our ability to sustainably feed ourselves. As the global population heads towards 9 billion by 2050, food demand will increase by 60-70%, largely due to the increasing dietary demands of a burgeoning global middle class.

To keep up with this demand requires being able to increase the productivity of existing crops and grow new crops in new locations. Such productivity gains require large scale breeding programs to produce new crops. The raw material of these new breeds is the genetic variation that occurs naturally across the native range of these species and their wild relatives. Conserving these different ‘land races’ is therefore integral to being able to meet future global food demand.

Its therefore relieving that a broad range of international and national initiatives have been established to conserve these crop genetic resources. Some key initiatives include the Millennium seed banks, which aims safe guard seeds of every plant on earth, and the Consultative Group of International Agricultural Research (CGIAR), which aims to safeguard the future potential of important agricultural crops. CGIAR Organisations have established  germplasm banks (collections of seeds or planted land races) for our most important crops. These collections include key crops such as rice, maize and potatoes which are located in key centres of origin or domestication of these species in Philippines, Mexico, and Peru.

The latest effort to coordinate and safeguard these future breeding collections comes through a new benefit sharing fund announced by the Food and Agriculture Organization of the United Nations (FAO) through the International Treaty on Plant Genetic Resources for Food and Agriculture, which has been signed by 139 countries. The community has responded quickly to this announcement and at the UN Climate Change and 22nd meeting of the Conference of Parties (COP22) here in Marrakesh this week, a strategic plan to conserve the crop genetic resources of the Near East and North Africa (which incorporates the fertile crescent) has been announced.  The plan aims to support regional strategies to link up key collections to improve farming productivity, transfer technology and build capacity. These plans are also being developed for other agrodiversity hotspots around the world.

Only through these types of initiatives can we secure the future productivity of crops from the fertile crescent and beyond, and meet our objectives to increase food production to feed a growing human population.