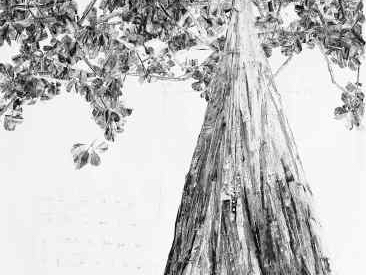 Teak is one of the most valuable timber trees in the world, but where did it originally come from…

A tropical Asian hardwood, teak it is highly appreciated for its technical and decorative properties, and commonly used to make furniture and boats.

The characteristics of the timber, including color, grain and texture, can vary greatly depending on source population and region. For example trees from the Western Ghats region of India, which has high rainfall, are preferred for their structural qualities in shipbuilding and construction. Teak from Central India on the otherhand, is famous for its colour (golden yellow, pink colored heartwood) and decorative grain, and is sought after for furniture. “Moulmein teak” from Mawlamyine in Myanmar is also famous for its quality, originating from teak forests growing in the Thalnwin (Salween) River watershed in Central Eastern Myanmar and Nortwestern Thailand.

Carl Linnaeus the younger first described teak under the scientific name, Tectona grandis. Teak has previously been classified within the family Verbenaceae but has been recently grouped in the family Lamiaceae.

The natural range of teak is broad, but discontinuous, from India (below 23°30′N) across to Myanmar, Thailand, Laos and Java (Indonesia). Teak is also planted in many tropical regions around the world including Latin America, Africa, SE Asian and Australia.

The genetic resources of teak have dramatically altered over the last 50 to 200 years, due to logging and establishment of plantations within and outside the natural range. Habitat destruction and fragmentation have further restricted an increasing number of trees to small and isolated natural populations, many of which are still under threat from illegal logging and other forms of forest destruction.

Several interesting questions arise for teak. How genetically similar are the two main ranges of its disjunct distribution – India vs Myanmar/Thailand/Laos? What is the centre of origin and diversity of teak? Are populations of teak in Indonesia natural or planted?

Two major scientific studies funded by the European Union, have examined the genetic diversity of teak across its natural and planted ranges. The application of such markers allows an assessment of the evolutionary history of the species, the conservation status of remnant stands, and the source of origin of global plantations.

Both studies found that the majority of genetic variation within the species occurred in India, which according to an further analysis, is also the likely centre of origin of the species.

From this information, it appears that India is the evolutionary home of teak, which expanded relatively recently (in geological and evolutionary terms, but still 10s to 100s of thousands of years ago) into SE Asia.

A further study used this background genetic map to identify the likely source of origin of teak plantations established in Africa and Indonesia. It appears teak plantations in Java came originally from Laos, although both have very low genetic diversity.

The first introduction of teak to Africa and Central America (Trinidad) happened in the nineteenth century, but records of the source of planting stocks for both these regions is extremely unreliable. Genetic analysis of 22 teak plantations revealed that nearly all the teak landraces analysed from Africa (Benin, Cameroon, Ivory Coast, Tanzania, Togo and Senegal) came from North India, and Indonesian and Ghanaian plantations matched natural populations from Central Laos.

Interestingly South India was not identified as a likely source for any plantations, and goes against some early assumptions that teak was spread along with Hinduism from this region, although a link to Eastern India (around Orissa) has still not been ruled out. 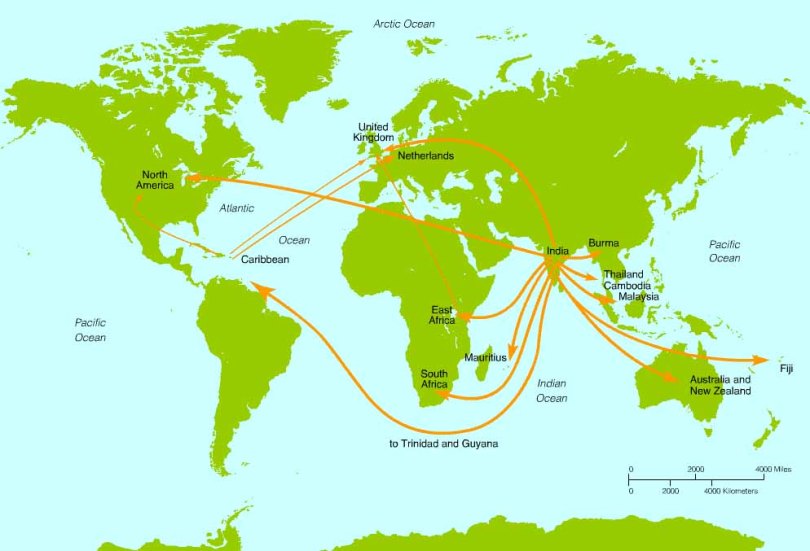 In addition to being a scientists, Im also interested in art. I was therefore really intrigued when I was approached by an artist, Lucy Davis, to do a collaboration on teak. At the time Lucy was Associate Professor at Singapore’s Nanyang Technology University, in their School of Art, Design and Media. She is now involved full time in the migrant ecologies project which she set up as an umbrella for art practice‐led inquiries into questions of culture and nature in Southeast Asia.

The project we worked on, Jalan Jati, which means teak road in Bahasa (the official Indonesian language),  is part magic, part science, part eco-historical investigation, and traces the real and imagined journeys of a teak bed found in Singapore across Southeast Asia to its possible site of the original tree. It is a project on memories of wood, trees and people and has been captured on film, exhibitions and books.

Using the genetic maps above, we worked with Lucy to help identify the source of origin of the teak timber used to make the bed. We were able to successfully extract DNA from the teak bed and confirm a SE Asian origin of its timber.